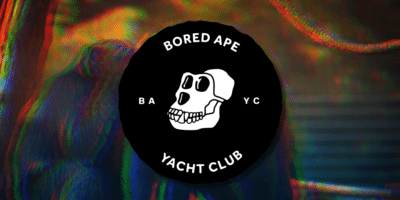 The Bored Ape Yacht Club (BAYC) is an Ethereum-based NFT collection of 10,000 unique Bored Apes. Each Bored Ape has a basket of traits programmatically generated from over 170 traits, including expression, clothing, headware, and more.

Each Bored Ape doubles as a Yacht Club membership card, which grants the holder access to members-only benefits. The first released benefit is a collaborative graffiti board called THE BATHROOM, a digital board likened to a dive bar bathroom wall.

BAYC holders get access to the BAYC Discord, a server where owners chat and hang out.

Perhaps the most notable advantage of the BAYC is access to additional NFT collectibles such as Bored Ape Kennel Club dogs, which are usually airdropped for free to wallets holding a BAYC NFT. These new NFTs are often resold for decent chunks of change.

Future benefits plan to be unlocked as the project progresses along with its roadmap.

Bored Apes became incredibly popular in the throes of an early-2021 NFT profile picture wave, and they have become particularly popular among NFT-savvy celebrities.

The Bored Apes are ERC-721 tokens on the Ethereum blockchain, and are hosted on IPFS.

When the project launched in April 2021, an ape could be purchased for just 0.08 ETH. Thirty apes were withheld from the initial sale, and were earmarked to be used for giveaways, puzzle rewards, and the four creators.

Today, Bored Apes regularly sell for six to seven figures; a collection of 101 Bored Ape Yacht Club NFTs recently sold for a whopping $24.4 million at a Sotheby’s auction in September 2021.

What an historic moment for the club: the @Sothebys auction of 101 Bored Apes has closed at over $24m. Congratulations and THANK YOU to the whole ape community. To the buyer, I think we speak for everybody when we say: WELCOME TO THE CLUB. ☠️🦍⛵️ pic.twitter.com/NKxHekC0ny

BAYC has generated upwards of $1 billion of trading volume for the original BAYC and its variant sets, like Mutant Ape Yacht Club and Bored Ape Kennel Club.

The BAYC project was created by Yuga Labs, a group of four friends under pseudonyms:

The official BAYC site can be found here.

The BAYC has seen two airdrops:

In August 2021, Bored Ape holders were given a “mutant serum” which allowed them to mint a free Mutant Ape in the likeness of their original form.

I continue to be MASSIVELY impressed by @BoredApeYC #BAYC #MAYC 🧪🧪🧪 pic.twitter.com/tXo3EYdgFv

Yuga Apes also listed 10,000 new Mutant Apes for sale that anyone could buy for 3 ETH, all of which sold out in under an hour, generating $96 million for the project.

One of the first athlete celebrities to buy a Bored Ape Yacht Club NFT and use it as a social media avatar was three-time NBA champion Steph Curry, who purchased an Ape for $180,000 in Ethereum in August 2021.

The list of BAYC athlete celebrities includes the NBA’s Josh Hart and Tyrese Haliburton, the NFL’s Dez Bryant and Von Miller, and artists like The Chainsmokers, Waka Flocka Flame, and Jermaine Dupri.

Plenty of corporations and publications have aped into the BAYC, including Arizona Iced Tea.

Final Thoughts: What’s Next for the Bored Ape Yacht Club

Among future NFT drops (unannounced), the BAYC plans to launch an ERC-20 token in Q1 2022. The mechanics and functionality of the token are currently being smoothed over, but some speculate it could work as a DAO governance token, or perhaps something to help the project expand into DeFi.

Good evening, apes. Been hearing a question around the club a lot:

Wen token indeed . . . Some thoughts below.

The BAYC is regarded as the most valuable NFT project launched in 2021 in terms of its community and market volume, and it’s nestled into the rankings just behind Larva Labs’ CryptoPunks.

Perhaps the most notable metric for the BAYC success is its secondary market activity– the project has taken on a life of its own due to an active, and now increasingly more affluent, the base of users. The most popular BAYC secondary market is on OpenSea.

As BAYC helps lead the charge for NFTs as profile pictures, NFT fans would be keen to observe how certain projects develop into status symbols– and how quickly a project can transition from a quiet launch of .08 ETH to selling for millions in just months.