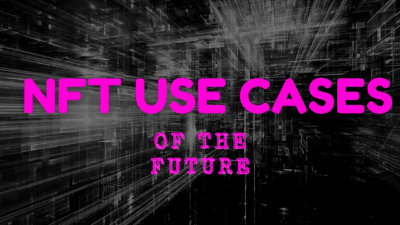 Cool Cats NFT is an Ethereum-based collection of 9,999 Cool Cats, each randomly generated and stylistically curated.

Members of the Cool Cat community, a membership that is as simple as holding a Cool Cat NFT, can participate in exclusive events such as raffles, community giveaways, and NFT claims.

Outside of a super rare 66 cats, Gen 1 Cool Cats are all blue with a variety of attributes, running the gamut from pirate hats, monocles, mohawks, epaulettes, knight helmets, and so on. The first generation of Cool Cats (the only generation, currently) has over 300,000 potential options– and cats with completed outfits tend to be considered the coolest.

Holders of Cool Cats also have the freedom to do anything with their Cool Cats they please under a non-exclusive license.

About Cool Cats, the Community

The Cool Cats project was launched in July 2021. It claims and aims to be very community-driven, giving back 20% of all ETH raised back to the community through raffles and contests.

Cool Cat holders also have a say in future features, such as breeding, next generations of Cool Cats, apps, and more.

The Cool Cats project is run by a “team of 4 nerds” with passions in cryptocurrency and art; it is partially pseudonymous and consists of:

The tokenomics of the project are straightforward: of the 9,999 cats, 100 cats were reserved to give away in competitions and holder airdrops. Each of the four staff members was also given a Cool Cat, not from the reserve stack. The site claims the bulk of the reserved cats will be distributed after the launch, and don’t occupy early token ids. All other cats were listed for sale.

Cool Cats have been traded over 21,100 times in secondary markets. The vast majority of holders have 1 Cool Cat, and about 37 wallets have 11-15.

The Cool Cat team’s primary means of communication is via Town Halls on Discord, as well as its Twitter (@coolcatsnft).

We haven’t been up to too much… or have we? Looks like some changes will be made to the Cool Cats website soon! And who’s this fiery lil guy? He’s got a few friends with him, but they seem to be hidden… for now. 👀🐱💙 pic.twitter.com/cA9MRzTz0h

What’s Cooler Than Being Cool?

The Cool Cat team created a point-based system for how cool a cat is. Points are determined by the items each Cool Cat NFT has. For example, a green bucket hat is worth fewer points than a rare item like a gold crown, and the market tends to price the cats accordingly: as of writing, the green bucket hat floor is 6.4 ETH and the gold crown is 29 ETH.

The majority of cats are worth between 3 to 6 points. The coolness breakdown is as follows:

The majority of Cool Cats fats fall into the Cool and Wild Range, and the price floor contains many common attributes you’d find throughout: green shirts, beanies, berets, beards, and so on.

The rarest cats of the bunch are 1/1000; the exotics feature a completely different style without any repeated attributes.

The collaboration was catalyzed when TIME President Keith Grossman expressed his admiration for the project on Twitter.

There were 400 total pieces minted:

8 collaboration Cool Cats were awarded to the 8 best meme creators, whereas the remaining 392 cats were raffled off to Cool Cat holders.

The Future of Cool Cats

One of the most anticipated features by the Cool Cat community is the introduction of breeding, which the Cool Cat team plans to introduce in Generation 2.

Although there is limited information on how this breeding will take form, it’s not a stretch to assume that holders of at least two Cool Cats will have the option to “breed” them on the Cool Cat site or third-party platform by connecting their MetaMask.

Cool Cat NFTs have experienced a rapid rise in adoption, the number of wallets holding cats, floor prices, mid-range prices, and ceiling prices since its launch in July 2021.

The Cool Cats OpenSea description urges us to consider, “remember, all cats are cool, but some are cooler than others.”

The Cool Cat NFTs are designed in a way to foster a community of Cool Cat holders, and the rarer the attribute, the more admirable the Cat. However, the Discord conversation doesn’t seem to be elitist or preferential of rare Cool Cat Holders. Check out Cool Cats on its website and OpenSea.