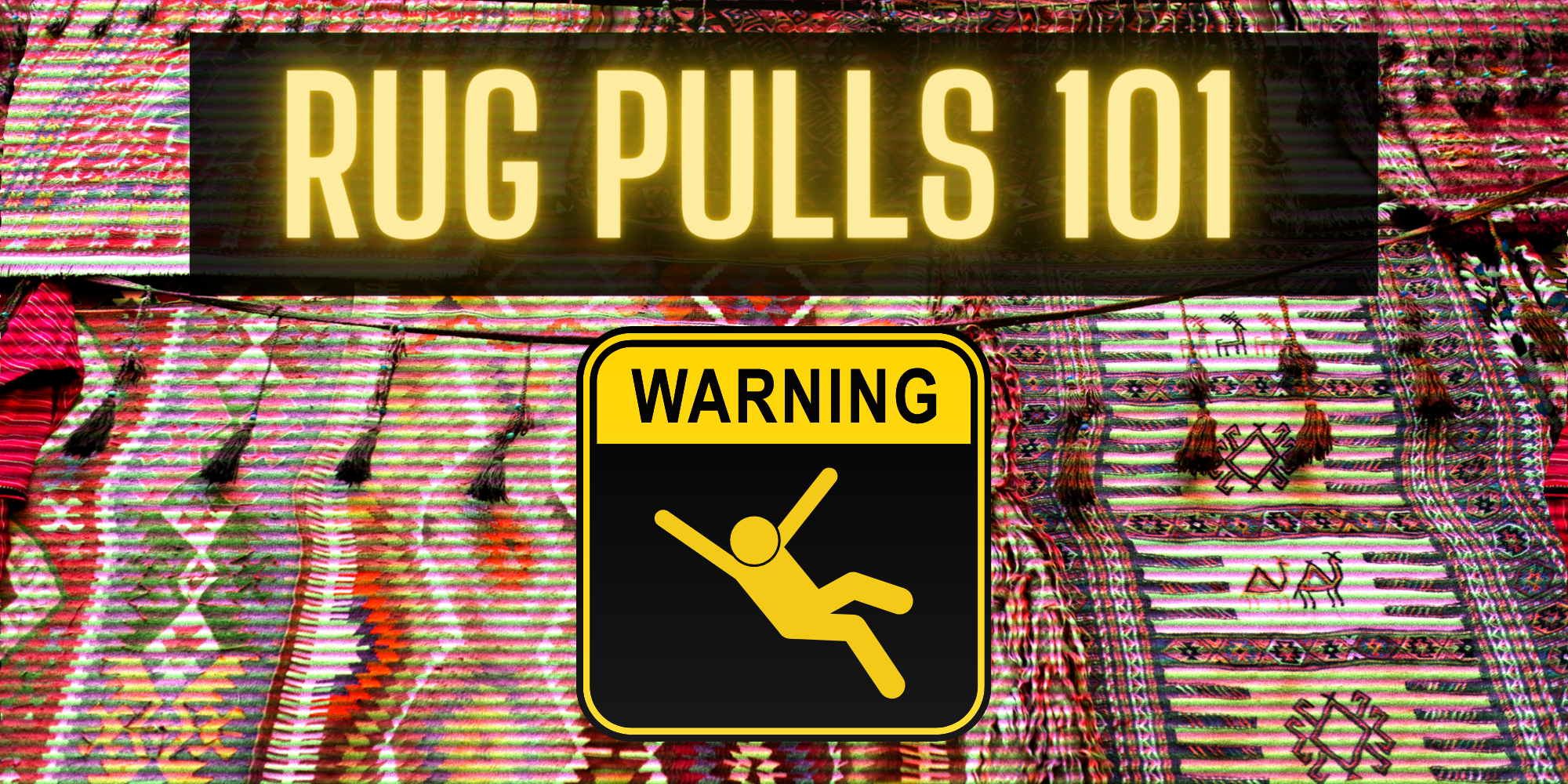 A rug pull is a type of scam where the team of a cryptocurrency project suddenly exits the project, running away with investors’ funds.

DEXs allow users to trade cryptocurrencies without intermediaries; well-known examples include Uniswap, Balancer, and PancakeSwap. There is no central authority on these decentralized exchanges and users can trade anonymously. They’re primarily used to swap one cryptocurrency for another.

A typical rug pull scenario unfolds as follows. Malicious developers launch a new token and list it on a DEX. Investors can easily exchange more established tokens like ETH for this new token. Once enough investors’ funds accumulate in the liquidity pool (LP) for this seemingly legitimate token offering a high APY, developers quickly dump their holdings and drain their funds, and the new token’s value plummets to zero.

The year 2021 didn’t fall short of such scams. According to a report by Chainanalysis, this type of maneuver was the most popular one among the whole crypto fraud varieties in 2021, accounting for 37% of all scam revenue.

Imposters exploited the popularity of meme coins among crypto traders by using a dog-themed logo inspired by the Greek god of Anubis depicted with a dog’s head. Developers presented the fake project AnubisDAO as a fork of the decentralized reserve currency OlympusDAO and launched the project’s ANKH token on the Copper platform.

The developers used pseudonyms, and the project had neither a website nor a whitepaper. Nevertheless, $60M was raised in WETH, which disappeared from the project’s liquidity pools just twenty hours after the launch.

The Binance Smart Chain (BSC) saw multiple headline-worthy rug pulls. Meerkat Finance, a fork of the Yearn Finance protocol, was supposed to be a yield farming pool. After the launch, $31M in Binance token, BNB, disappeared from the project’s LP. It’s still not clear if this was a real rug pull case. However, the projects’ Twitter accounts disappeared along with the investors’ money which is a strong indicator that the project team was involved with the scam.

Another BSC rug pull case is the TurtleDex project, whose developers ran away with $2.5 million that had been raised as 9,000 BNB. The team drained the funds from the Binance native DEXs Pancake Swap and ApeSwap and sent them to multiple wallets to sell on the Binance Exchange.

Other projects rug pulled on the BSC DEXs are Defi100, Uranium Finance, and Stablemagnet. Defi100 marketed itself as a synthetic index token based on the total market cap of the DeFi sector.

When the Netflix series Squid Game soared in popularity, imposters came up with a Squid coin idea. It was supposedly a play-to-earn cryptocurrency project that promised investors to participate in online games inspired by the hit series. It was launched on Pancake Swap.

There were many warning signs for the potential investors, like an unprofessionally written whitepaper and a recently registered website. Nevertheless, the team exit scammed with over $3M investors’ funds after the Squid currency peaked at $2,861.

Uranium Finance claimed to be an automated market maker (AMM) protocol forked from Uniswap V2. Stablemagnet billed itself also as an AMM. They cost the investors $32M, $50M, and $27M, respectively.

In November 2021, it was Avalanche’s turn to experience its largest rug pull.

SDOG coin, issued by SnowdogDAO, was supposed to be the first-ever meme coin on Avalanche, and it was launched on the native DEX Trader Joe. Eight days after the initialization, SDOG’s value plunged to $1,500 after skyrocketing to $6,000.

The SDOG case was a bit different than a typical rug pull; the developers promised the community a buyback of the coins, meaning the company would repurchase its own coins.

This tactic reduces the number of tokens in circulation, and in theory, supports a deflationary token environment. The actual rug pull occurred while $40M worth of SDOG coins was transferred from Trader Joe to the project’s own AMM.

The buyback failed because an account swapped $10M worth of SDOG for other cryptocurrencies in the meantime. This was only possible if the account had the “challenge keys” required by the project’s smart contract, hinting that the rug pull was an inside job.

One of 2021’s most notorious scams was an NFT project called Evolved Apes. Thousands of investors piled their money into Evolved Apes, whose developer ran away with $2.7 million.

Another NFT rug pull incident was Baller Ape Club, a collection of 5,000 NFTs supposedly inspired by the famous Bored Ape Yacht Club collection. On the drop day, developers directed the potential investors to a fake link that repeatedly showed a warning pop-up with a transaction failed message, although the transactions were successful. In the end, $2M worth of SOL was stolen from the investors.

Iconics, an NFT project also launched on the Solana blockchain, had promised its investors to deliver 8,000 unique NFT artworks. Instead, collectors received a random collection of emojis. Developers ran away with $140K.

How to Avoid Rug Pulls

If you don’t want to fall victim to a rug pull event, take notice of these red flags before investing in the brand new red-hot project.

Legitimate projects tend to have tens of millions of dollars in total liquidity, as well as some longevity that supports the project’s community. Look for the common elements in the cryptocurrency industry’s established projects, and try to find the same signs in upcoming projects.

Cryptocurrency rug pulls can trap both novice and experienced investors. Newbies are unaware of the risks behind the decentralized projects, and veterans fall prey to FOMO while seeking high-upside and hyped opportunities.

It’s essential to know about different tools scammers use to exploit the cryptocurrency system and spot the projects built on a lie.

lt Although blockchain is a secure, reliable, and stable technology by itself, don’t give the same sort of credibility you would to a project like Bitcoin or Ethereum to any new upstart just because it’s using the blockchain.