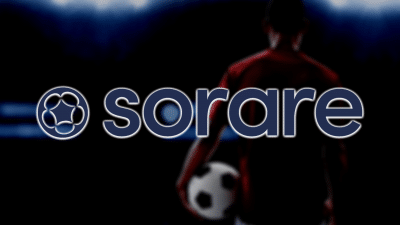 Sorare is a French blockchain startup building an NFT collectible game revolving around fantasy soccer (football)– not to be confused with American fantasy football.

The game consists of unique digital tradable cards of football players, some of which have attracted considerable market value. One such card of Christiano Ronaldo recently sold for $102,000, making it one of the top-selling digital collectible cards so far.

Sorare currently has partnerships with 130 soccer clubs, blowing its initial goal of 20 clubs out of the water; the partnership list currently includes marquee names like Real Madrid, Liverpool, Paris Saint-Germain, Bayern Munich, and Juventus. A platform like Sorare enables football clubs to better engage with a global fanbase of fans and collectors, who wish to purchase and collect Sorare Cards.

Sorare Cards are officially licensed digital collectibles of soccer players in a particular soccer season. The cards are freely tradeable and usable. There are three levels of scarcity for each Sorare Card: Unique, Super Rare (10 copies) and Rare (100 copies).

About Sorare: The Team

“Sorare was born from our love for football​. We’re building a gaming experience fueled by passion where fans can connect with football and a global community,” said Sorare CEO Nicolas Julia. “On Sorare, they can truly own the game.”

The company distinguishes itself in the rapidly-growing NFT collectible space with its prestigious roster of investors, counting participants such as Benchmark, Accel, Alexis Ohanian (Founder of Reddit), Gary Vaynerchuk, and Barcelona striker Antoine Griezmann.

Sorare has raised $59.2M to date, with the lion’s share (€40M, or $47.4M) coming in its Series A round led by Benchmark in February 2021. Early raises included a 2019 $500k pre-seed, which included Brooklyn-based Ethereum development studio ConsenSys, and a July 2020 $4 million seed round (later extended to $10 million) led by e.ventures.

How Does Sorare Compare with Other Blockchain-based Collectibles?

Founded in December 2018, Sorare isn’t necessarily a new project on the block. It owes much of its recent rapid growth and attention to the cryptocurrency bull market and NFT boom of late-2020 and early-2021, but it is still rooted in a few more months of innovation than the average NFT collectible project.

It’s worth comparing Sorare to NBA Top Shot, a project by Dapper Labs, which also made the viral hit CryptoKitties. Similarly, NBA Top Shot is an NFT collectible platform, but with a partnership with the NBA. NBA Top Shot generated over $200 million in transactions in 2021, and has a bustling secondary marketplace.

Although Sorare’s $4.2 million January sales might pale in comparison to NBA Top Shot’s numbers, it’s worth noting that Sorare has been comparatively significantly undercovered. Of NBA Top Shot’s $200 million, nearly $150 million was within a one-week span following a barrage of media hype and coverage.

It also seems that NBA Top Shot has a bit more thoughtful approach to monetization– it takes 5% of every market sales, including the high-volume high-value secondary market. Sorare currently only makes money on card auctions, and not on secondary sales.

Although NBA Top Shot is a bit more mature than Sorare (it had already signed the NBA as a partner before Sorare raised its pre-seed,) there is no need to force a zero-sum comparison between the two projects.

Sorare is a Parisian startup, and is the leading blockchain company working on a NFT solution for soccer collectibles. We’ll gently remind our readers that soccer is the most popular sport in the world; it has an estimated 4 billion fans worldwide, in comparison to an estimated 825 million basketball fans– basketball is also behind table tennis, at 875 million fans.

Optimistically, Sorare is positioned favorably in the market: the bulk of the world’s most valuable and notable clubs based in Europe, and many of which are already partners with Sorare.

However, Sorare does have some competition:

Sorare’s competition has signed many of the same teams, and there doesn’t appear to be any exclusivity in its partnerships. This may drastically affects the perceived value of an NFT on Sorare,

Sorare is currently using Ethereum, which has been experiencing frustratingly high transaction (gas) fees for the bulk of 2021.

Dapper labs learned the limitations of Ethereum’s scalability in 2017 and 2018, when its CryptoKitties game slowed the Ethereum network down to an extremely slow grind. It has since moved to Flow, a new blockchain that seems to be better for NFTs.

How to Buy NFTs on Sorare

Sorare has a partnership with Ramp, a cryptocurrency startup that facilitates KYC and payments. Ramp processes users’ KYC using open-banking APIs, removing some of the complexity and hurdles of signing up for the end-user.

Users can buy cards on Sorare either directly from Sorare or on the secondary marketplace from other users.

Sorare is attempting to tap into one of the most lucrative sports marketplaces by building an NFT-marketplace. As seen with NBA Top Shot, there is plenty of room and opportunity for a project like Sorare to take off, branding itself into the popular lexicon of digital sports collectibles.

It’s worth re-emphasizing that a firm like Benchmark not only invested in but led a funding round for Sorare. Benchmark is gilded in the venture capital community for its early investment in eBay in the first dot com boom, and later investments in companies like Instagram, Dropbox, Twitter, Uber, Zillow, Snapchat, and Discord.

However, NFTs still present an incredible risk, both for their customers and for their investors. As with most projects at the tip of the cryptocurrency innovation spear, time will tell how this story will be told in retrospect. If Sorare is able to solidify its leadership, make its roster of partners happy, and maintain card value over long horizons, it may be onto something big.