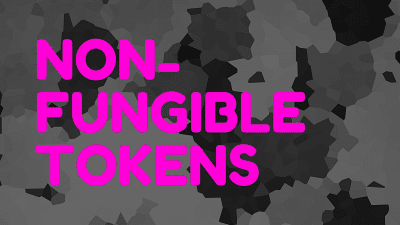 The concept of NFTs is somewhat polarizing: one end of the spectrum raves about the creation of a financial infrastructure to trade and collect digital assets, and the other tends to view the value of NFTs and digital assets as dubious compared to their tangible real-world counterparts.

Much of the static in the antagonist argument comes from a misunderstanding of how valuable the digital economy has grown to be. Understandably, the notion that completely digital items are being sold for thousands to millions of dollars sounds preposterous to a community used to buying physical art and trading cards.

Epic Games, the creator of the popular video game Fortnite, sold $2.4 billion worth of costumes in 2018. Now, if the average person doesn’t know what Fortnite is, let alone why people are buying costumes for their character on it, they may be ideological odds with NFTs.

Fortnite is a great example because, although none of the costumes or items are blockchain-based NFTs, it provides a great perspective of market value for purely digital assets. However, since those costumes aren’t NFTs, their value is entirely limited to existing within the NFT ecosystem. If one wants to buy a Fortnite skin (costume) from someone, they would have to go to a marketplace like eBay, pay money through the platform, and trust that the seller doesn’t scam them or that eBay is a fair intermediary if a dispute arises.

The benefits of the technology, however, don’t stop there. NFTs have enabled a deep variety of use-cases, from digital trading cards to video games to the representation of assets in the real world.

Welcome to the complete guide on Non-Fungible Tokens (NFTs). This article isn’t investment advice. NFTs and all digital assets have very volatile prices and can be risky to own.

Fungible (adjective): an item that can replace or be replaced by another identical item. Fungible items are mutually interchangeable.

For example, Bitcoin is a “fungible” asset because 1 BTC will always equal 1 BTC. A $20 bill is valued the same as another $20 bill, regardless of its serial number. You can replace a $20 bill with another $20 bill and still be completely whole.

Note: if you’re unfamiliar with NBA Top Shot, check out our guide. A “serial number” basically refers to the order assigned to each NFT moment. If there are 1000 “prints” of a moment, the serial number for an individual number will be X/1000.

Fungibility is a relative concept that tends to reflect on the market value of an item. For example, some assets are semi-fungible within a class. Two parties can swap tickets for NBA Finals nose-bleed seats without too sharp a change in value, but they can’t be swapped for courtside seats.

Non-fungible assets precede the invention and popularization of the blockchain; domain names, social media handles, tickets to events, and in-game items are all examples of non-fungible digital assets.

Traditional assets generally lack the ability to sell or trade outside of a particular ecosystem. For example, the popular MMORPG Runescape has an in-game economy with some rare items, such as Party Hats, attracting upwards of $5,000 in USD. However, trading this asset requires an enormous amount of trust between two parties, or the use of a third-party “escrow” intermediary.

The blockchain provides a “coordination layer” for digital assets. With blockchain-based assets, users get full ownership and management permission over their property.

A blockchain allows developers to build and collaborate with common and reusable standards, allowing them to specify ownership criteria, transferability, and access. This is comparable to other facets of the digital space, such as PNG or JPEG image file formats, or HTML & CSS formats for displaying visual content on a website.

In less techy words, think of the blockchain as the concrete foundation and plumbing for a house structure, and developers as the builders.

The NFT token standard, introduced in late-2017, essentially dictates how digital assets can leverage a blockchain, provided they meet the standard criteria set out by the developers.

NFTs standardized the trading, interoperability, liquidity, and ability to prove proprietorship across all digital asset classes.

Since NFTs are interoperable, meaning they can exist in the same ecosystem together (unlike, let’s say, digital plane tickets and a RuneScape party hat), they can also be traded in open marketplaces.

For the first time in digital history, people can list their digital assets in global 24-7 open marketplaces, creating liquidity. Think of NFTs as an evolution from a primitive inefficient bartering ecosystem to an eBay-like marketplace.

However, unlike eBay, many of these marketplaces are completely decentralized. There is no need for escrow, and since the blockchain can automatically prove the legitimacy and ownership of an item, it’s almost impossible to scam or be scammed.

The first NFT token standard,  ERC721, was launched by Dapper Labs in CryptoKitties. The ERC721 standard maps unique identifiers to address; these identifiers correspond to single assets. It also allows for a permission means of transferring those assets using the transferFrom method.

Another NFT token standard, ERC1155, was launched by Enjin, which brings the concept of semi-fungibility to the blockchain world. ERC1155 IDs can represent classes of assets, rather than single individual assets.

The ERC-998 standard hasn’t been used much, but is still worth mentioning; it allows for a way for people to own both non-fungible and fungible assets.

To dive further into the technicalities of NFTs, we recommend browsing through popular NFT marketplace OpenSea.

What’s stopping an NFT creator from just making more of the same NFT?

Through smart contracts, another innovation is made possible by the blockchain; developers can create “hard caps” on the supply of NFTs. If a smart contract says there will only be 10 of an asset, there is no way to reverse it. Further, these smart contracts can prevent NFTs from being modified after they have been released.

In practice, a developer can specify that only 10 copies of a “rare” item can ever be created, while keeping the supply of common items infinite.

What was the first NFT?

CryptoKitties launched in November 2017 and was an enormous driver of attention into the NFT and digital collectible ecosystem, but it was preceded by a few notable projects.

Launched in June 2017, CryptoPunks by Larva Labs was the first NFT experiment on Ethereum: 10,000 unique collectible punks with unique characteristics were sold. These punks could be used with non-custodial wallets like MetaMask, making it easier for the average crypto-savvy individual to get involved with NFTs.

Since there are only 10,000 collectible punks without any further creations, CryptoPunks are a glance at the role scarcity plays with digital collectibles. Some CryptoPunks have sold for over $5,000,000.

Prior to 2017, early NFTs include Rare Pepes (built on the Bitcoin counterparty system) and colored coins (on the Bitcoin network.)

Where Can I Make NFTs?

A handful of NFT minting platforms do a great job at bridging the world of creatives with that of the blockchain.

What are the Most Exciting Uses of NFTs?

Traditional IP owners have jumped into the NFT space to better connect with their audiences and monetize their products. For example, there is MLB Crypto (on-chain baseball game for the MLB), F1DeltaTime (Formula 1 racing game on the blockchain),  CryptoSpaceCommanders (StarTrek ships inside the Lucid Sight game), Stryking and Sorare (soccer trading cards), and NBA Top Shot (NBA trading card NFTs).

Entire virtual worlds are being built on the blockchain, where NFTs represent characters and items. Decentraland, for example, is a virtual reality metaverse. Enjin has a “multiverse” platform.

Naming services (think “.com” domain names on the blockchain) are also trendy. Unstoppable Domains, built initially on the Zilliqa blockchain released .crypto domains, each of which is an ERC721 asset. The Ethereum Name Service is also worth mentioning.

Final Thoughts: Why are NFTs Valuable?

Beauty is in the eye of the beholder. NFTs have a market value because the market deems them so.

However, beyond the pricing of an average NFT asset, the NFT technology itself is an enormous evolution in collecting and owning property, whether digital or not.

Beyond the already great value proposition of utility, liquidity, and provenance, NFTs are based on decentralized technology. They can accomplish peer-to-peer and prove true, unrestricted ownership of a digital asset while also achieving centralized organizations’ primary value (trust, escrow, etc.).