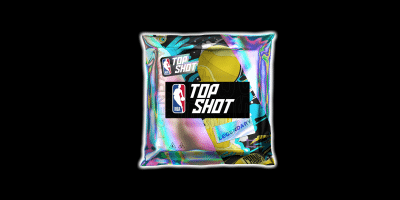 NBA Top Shot is the hottest talk on the cryptocurrency of 2021 so far; the collectible, blockchain-based NFT release platform and marketplace enable users to purchase NFTs of NBA highlight reels, and some of them have sold for over $200,000.

It seems like basketball on the blockchain is a slam dunk. Let’s explore.

Prior to Top Shot, Dapper Labs’ best-known project was the viral CryptoKitties– a staple of 2017 cryptocurrency culture. CryptoKitties is an NFT-based game where users can collect and “breed” collectible cats.

While NBA Top Shot and Cryptokitties share many similarities due to their non-fungible nature, CryptoKitties is unique in that each CryptoKitty is one-of-a-kind in its design. In contrast, NBA Top Shot sells thousands of copies of an individual moment, although each is marked by a unique-serial number.

CryptoKitties were frequently being bought and sold for hundreds of thousands of dollars during the 2017/2018 bull run in secondary marketplaces.

The Dapper Labs partnership team has been incredibly busy since CryptoKitties, forming partnerships with the NBA and NBPA, Warner Music Group, Ubisoft, and the UFC.

“Dapper Labs’ innovation and expertise make them a perfect partner to introduce this groundbreaking game and what we believe will become coveted digital collectibles for basketball fans around the world,” said Adrienne O’Keeffe, NBA Senior Director, Consumer Products & Gaming Partnerships in a press release regarding the 2019 NBA partnership.

Dapper Labs raised $52.5M from notable funds such as Andreessen Horowitz, Union Square Ventures, Venrock, GV (formally known as Google Ventures), and Samsung as well as the founders of AngelList, Reddit, Dreamworks, Coinbase, and  Zynga. The team recently announced it is raising $250 million in a Coatue Management-led round in 2021.

Contrary to popular belief, Dapper Labs doesn’t use the Ethereum blockchain; it uses the Flow blockchain, citing Ethereum’s inability to cost-effectively scale as too significant an obstacle for the trading of digital collectibles. With Ethereum gas fees spiking as high as $150+, Dapper seems to have made a great decision before reaching a critical mass of users and virality.

How Does NBA Top Shot Work?

NBA Top Shot is designed to emulate the exciting experience of buying packs of trading cards.

Once you’ve created your account, you’ll likely need to wait for a new pack to drop. We recommend signing up for their email list to be notified as to when the packs will go live.

They sell out very quickly, and showing up on time doesn’t guarantee you’ll get to purchase a pack.

So far, it seems there are three standard types of pack available:

There are also pack drops outside of the standard pricing. For example, on March 6th, 2021, “Seeing Stars” packs dropped for $14.

How Much are NBA Top Shot Moments Selling For?

Taking a gander at the NBA Top Shot Marketplace, you’ll see thousands of Moments being sold for anywhere from $5 to $250,000+.

One user made waves by purchasing a LeBron James Lakers Highlight Moment for $208,000, citing that he is an enormous fan of James and believes the moment is worth $1,000,000+.

Are NBA Top Shot moments worth hundreds of thousands, or potentially millions, of dollars? Is it just a fad that will fizzle out once the hype dies down?

Well, yes. One can argue that value is determined by how much anyone is willing to pay for a specific item. It is difficult to gauge how well value is preserved in a purely digital ecosystem because it is so new. Speculating with NFTs is very risky, and every ounce of prudence may help in the long-run.

Well, yes. You can also buy a mock imitation of the Mona Lisa for about $100. Heck, the paint on it probably won’t even be chipping. The value of NBA Top Shot Moments and NFTs is in their scarcity and ownership features

In theory, more people watching and saving a particular moment will only increase the value of owning the original– it’s basically free advertising.

Time will tell how far basketball on the blockchain will go, but it’s worth paying attention to for any sports fan or collector.