Street Fighter cards are glorious reminders of the nineties; they’re a passport to the age of arcade gaming.

The first Street Fighter was released in 1987, a simpler time when Internet gaming was still over a decade away. Street Fighter trading cards entered the scene in 1991, bringing the hype of sports cards into the digital realm.

The Street Fighter NFT cards are tradeable digital cards with recreations of Street Fighter characters. The packs come in Standard and Ultimate sizes, with 10 cards and 60 cards per respective category.

The first series of Street Fighter cards was released in February 2021 and quickly sold out. Users were able to purchase the packs via credit card.

All of the 65,000 packs sold in the 24-hour period, generating over $2 million in sales; there was also an additional $1 million in secondary market trading.

Upon purchase, the cards can be digitally “opened”– an experience reminiscent of opening up a physical pack of cards in the real world.

Moreover, you can craft them to form other NFTs. By crafting, you can choose to power up the non-build cards you received by adding one more build card and combining them together.

Capcom started its journey as a game machine manufacturer in 1979 and has since matured into a video game industry behemoth with offices in Japan, the United States, England, Germany, and Hong Kong.

Capcom released the first arcade video game version of Street Fighter in 1987, followed up with Street Fighter II four years later. It wasn’t until this game that the Street Fighter craze took off, quickly growing into a cult classic video game and penetrating mainstream culture.

In 1994, the Hollywood-produced Street Fighter movie was released in theatres, and the TV animation version of the game started broadcasting the next year.

It wasn't until 2021 that Street Fighters made their appearance into the blockchain as tradeable NFT cards.

The Street Fighter NFTs are listed on WAX, short for the Worldwide Asset Exchange. By hosting the cards, the WAX blockchain allows the collectors to enter a marketplace where they can purchase the digital Street Fighters, propose and execute trades, showcase their inventory on social media, and search the wishlist of other traders.

On February 16, 2021, the news about the partnership between the WAX blockchain and Capcom was made public. As per the terms of the partnership, Capcom and WAX teamed up to bring Street Fighter as digital blockchain collectibles to fans.

WAX was founded by William E. Quigley and Jonathan Yantis in 2015 to primarily help content creators tokenize their products and offer them to the global collector community. To date, WAX has raised a funding of 42 million USD from a total of five investors: Node Capital, Asian Cowboy, Andreas Schwartz, Distributed Global, and Hashed.

What Does WAX Do?

The WAX platform has established itself as an early pioneer of NFT hosting, allowing anyone anywhere to trade digital or physical items instantly and securely. Users can use WAX to buy and sell gift cards and build online stores for their products.

In addition to Capcom, WAX has been used by the likes of deadmau5, Atari, Topps, and William Shatner to host their NFTs.

WAX consists of a cloud wallet that makes it easy to buy the native WAX token, store NFTs, stake tokens, and participate in the WAX DeFi ecosystem.

The platform has been used by several gaming industry stalwarts because by participating in WAX brands gain access to a global community of collectors, traders, buyers, sellers, creators, gamers, merchants, dAPP creators, and game developers.

WAX offers lucrative monetization opportunities to its users. Anyone who participates in the WAX network qualifies for rewards in ETH tokens or WAXG governance tokens. Those who deposit a combination of WAXE and ETH into the Liquidity Pool qualify to earn Liquidity Pool Rewards (WAXE-ETH). WAXG is given to those who stake their WAXE-ETH Tokens in the WAX Economic Activity Pool.

Street Fighter II on WAX: How It Works

The Street Fighter II card sale started on February 18th, 2021, and was scheduled to last 24 hours. The first series of Street Fighter on WAX comes with 262 unique trading cards in eight rarities.

As the new crafting system of the card set dictates, the buyer has to start by opening packs of Build Cards, then combine two matching Build Cards to unlock a new card in one of six rarities.

A buyer of a Street Fighter Build Card pack opened the pack, and then combined two matching build cards to reveal a new card. The Build Cards are burned in the process, increasing the scarcity and value of the standalone Build Cards.

The buyer can continue upgrading that card’s power score by adding additional build cards. Once it reaches a power score of five, the user gets to unlock a special Class Card in one of six rarities. Build cards are burned when used, which increases card scarcity and value.

Because these cards are powered by WAX Blockchain technology, users can not only buy and sell digital Street Fighter trading cards on several marketplaces – they can also instantly trade cards from their collection with anyone owning a WAX Blockchain account.

The WAX Blockchain also ensures that the Street Fighter collectible is 100% verifiable as authentic and can never be changed or duplicated.

It’s worth noting that in February 2021– the month Capcom launched its Street Fighter NFT sale– saw over $255 million in NFT sales, the bulk of which came from Dapper Labs’ NBA Top Shot.

Users with WAX wallets and funds were eligible to participate in the Street Fighter sale. A few reports of the sale noted glitches with the sale in the first hour, largely due to the web traffic overload of people attempting to buy a Street Fighter NFT.

Buyers of the initial card sale received “build” cards, which could be combined to form “character” cards, or NFTs of famous Street Fighter characters like Ryu, Chun-Li, Ken, and Blanka.

The cards that you create with the ‘build’ cards come in varying rarities.

The Collectors’ Edition contained the game’s classic characters, and users had a 1% chance of getting them.

The card minting happens simultaneously with the sale, and the participants keep combining their build cards to level up. The platform displayed the mint number and other details of the asset profile such as the asset name, the offer, and template-id, the product price, etc.

The WAX platform also offered a few unique incentives for buyers. On WAX, Buyers could propose trades, showcase their inventory on social media, and search wishlists of other traders.

Although the original sale only lasted for a day, Street Fighter card owners could instantly trade their collectibles on the secondary market to anyone in the world.

The Popularity of the NFT Marketplace

While explaining the rise in demand, Lee Jenkins, Product Manager at WAX, compared the digital ownership of these collectibles with the physical ownership of an item.

“[Blockchain technology] is the first time that digital ownership is truly comparable to physical ownership of an item,” says Jenkins.

The verifiable authenticity and scarcity of the products are also sources for the long-term demand of NFTs.

Final Thoughts: Street Fighter on the Blockchain Packs a Punch

The success of the initial Season 1 sale of Street Fighter cards may lead Capcom to launch Series 2 and 3.  NFT launches such as these serve as an excellent example that legacy brands can tap into entirely new marketplaces of digital collectors to generate revenue and connect with their fans. 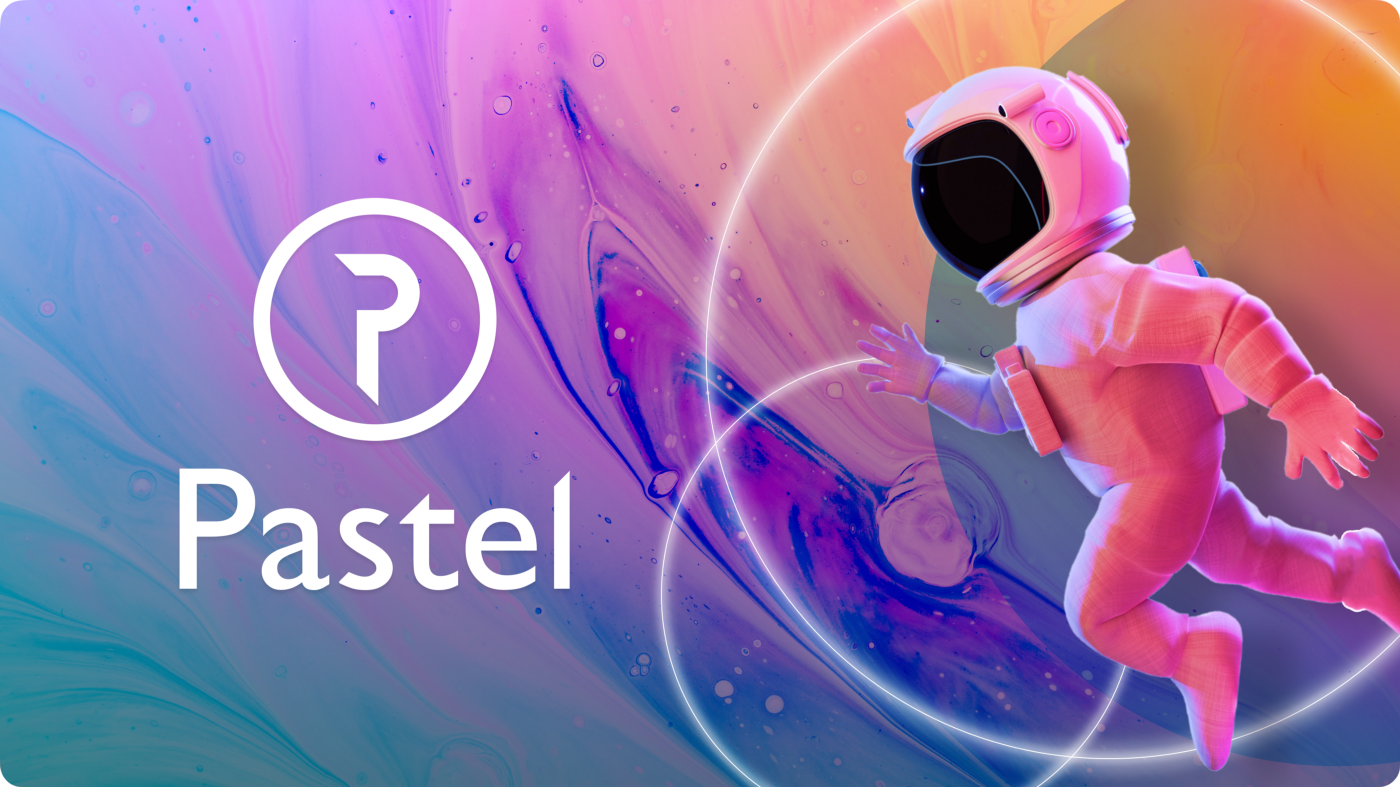 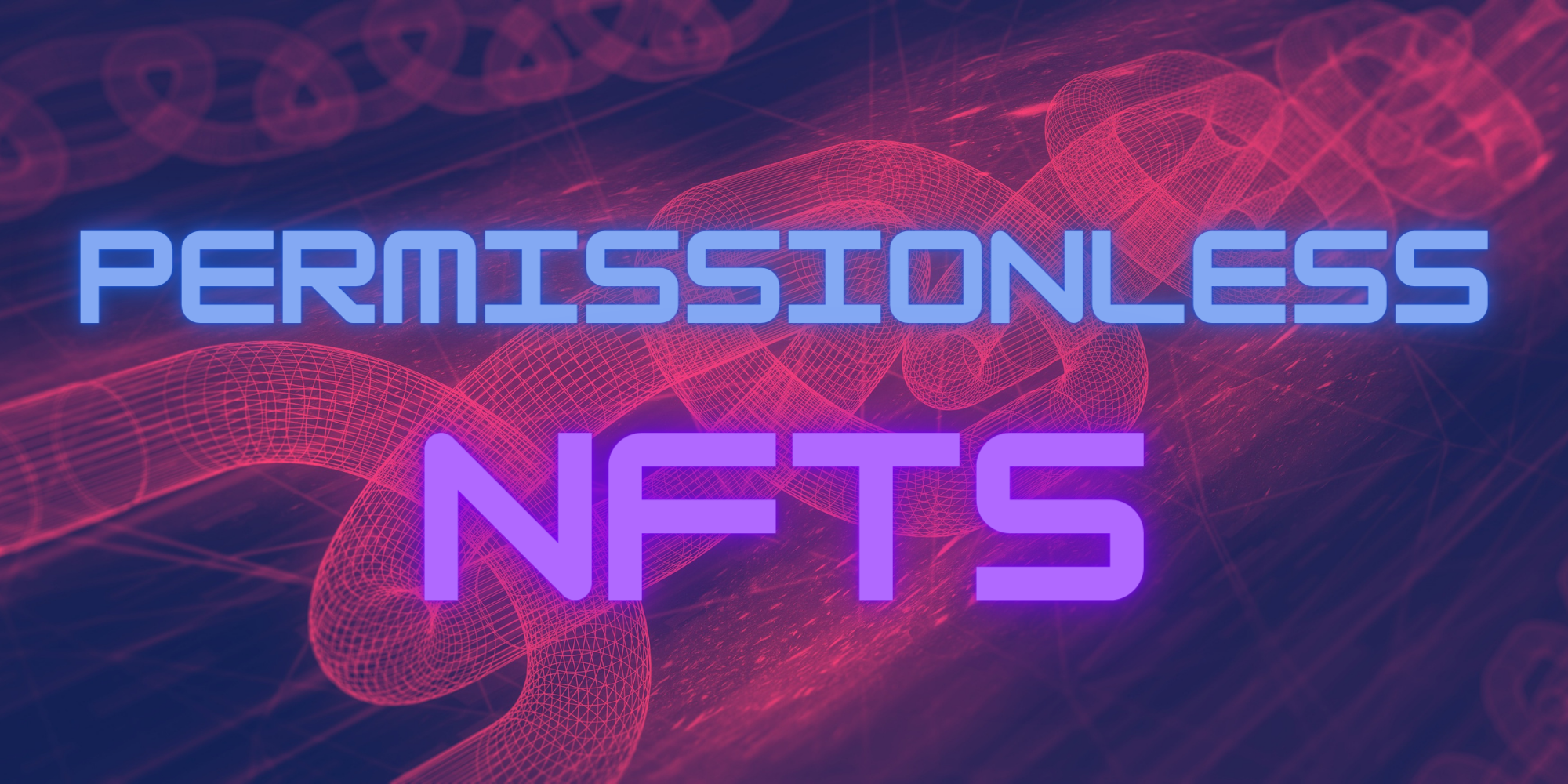 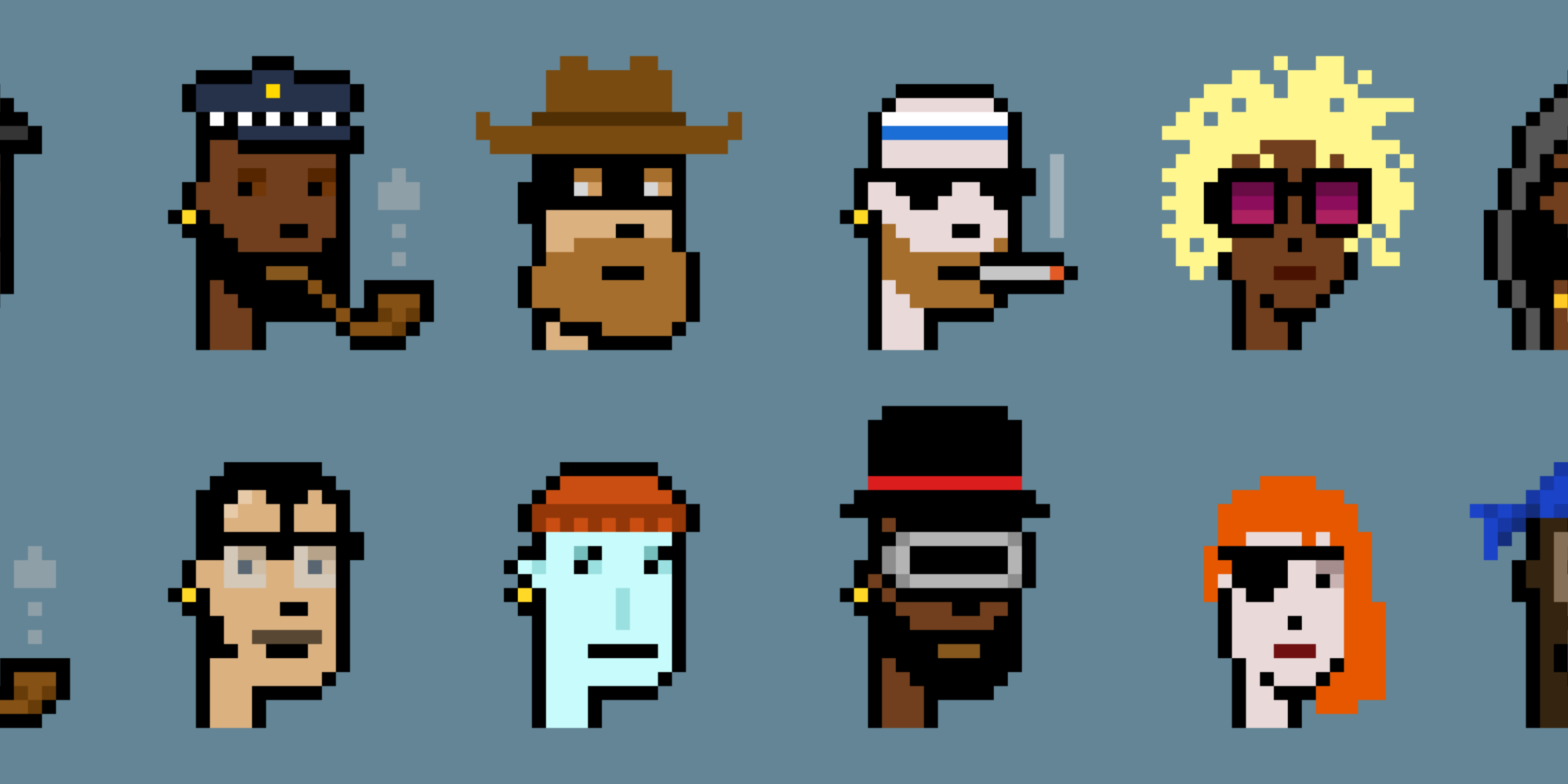 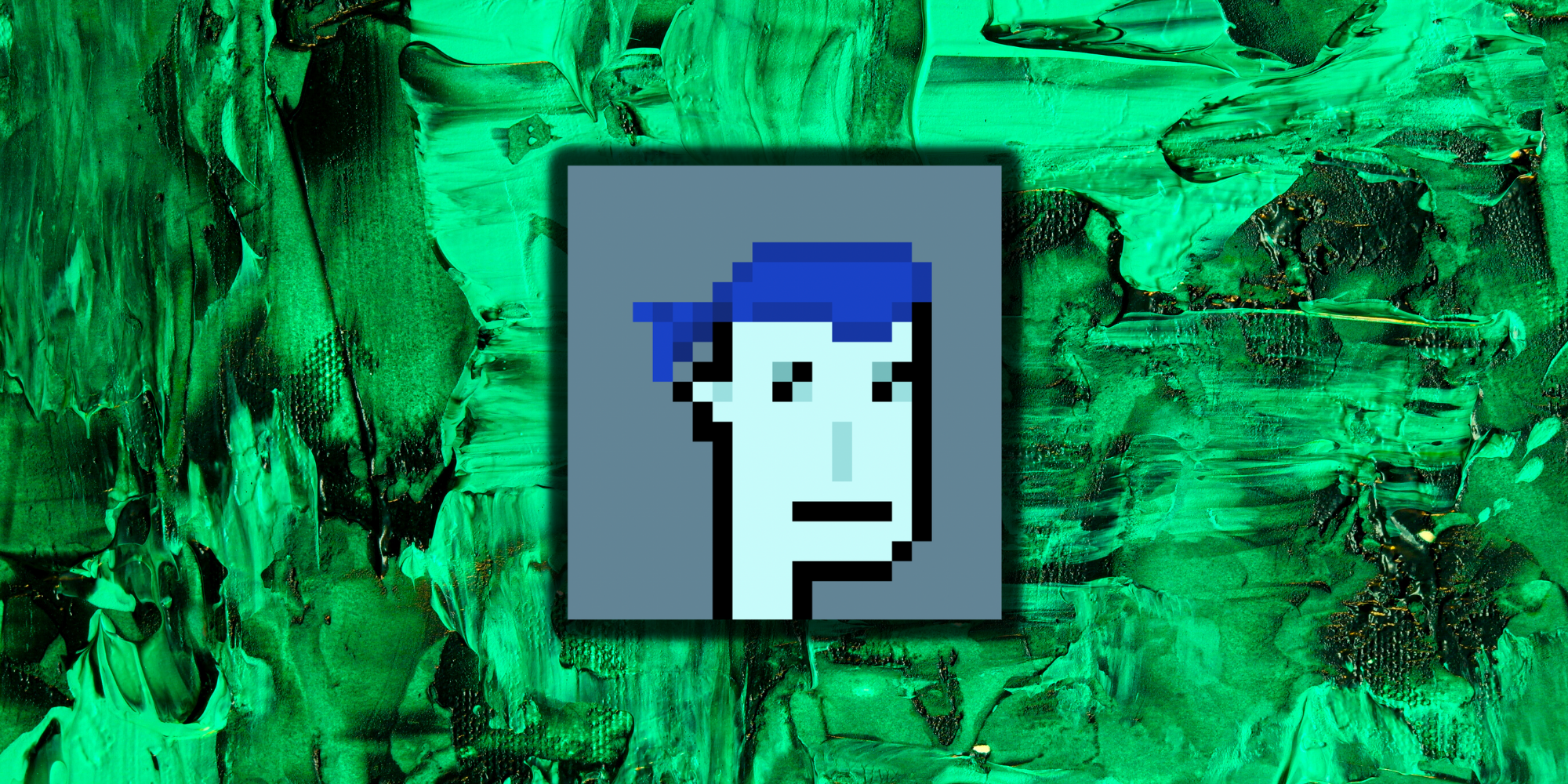 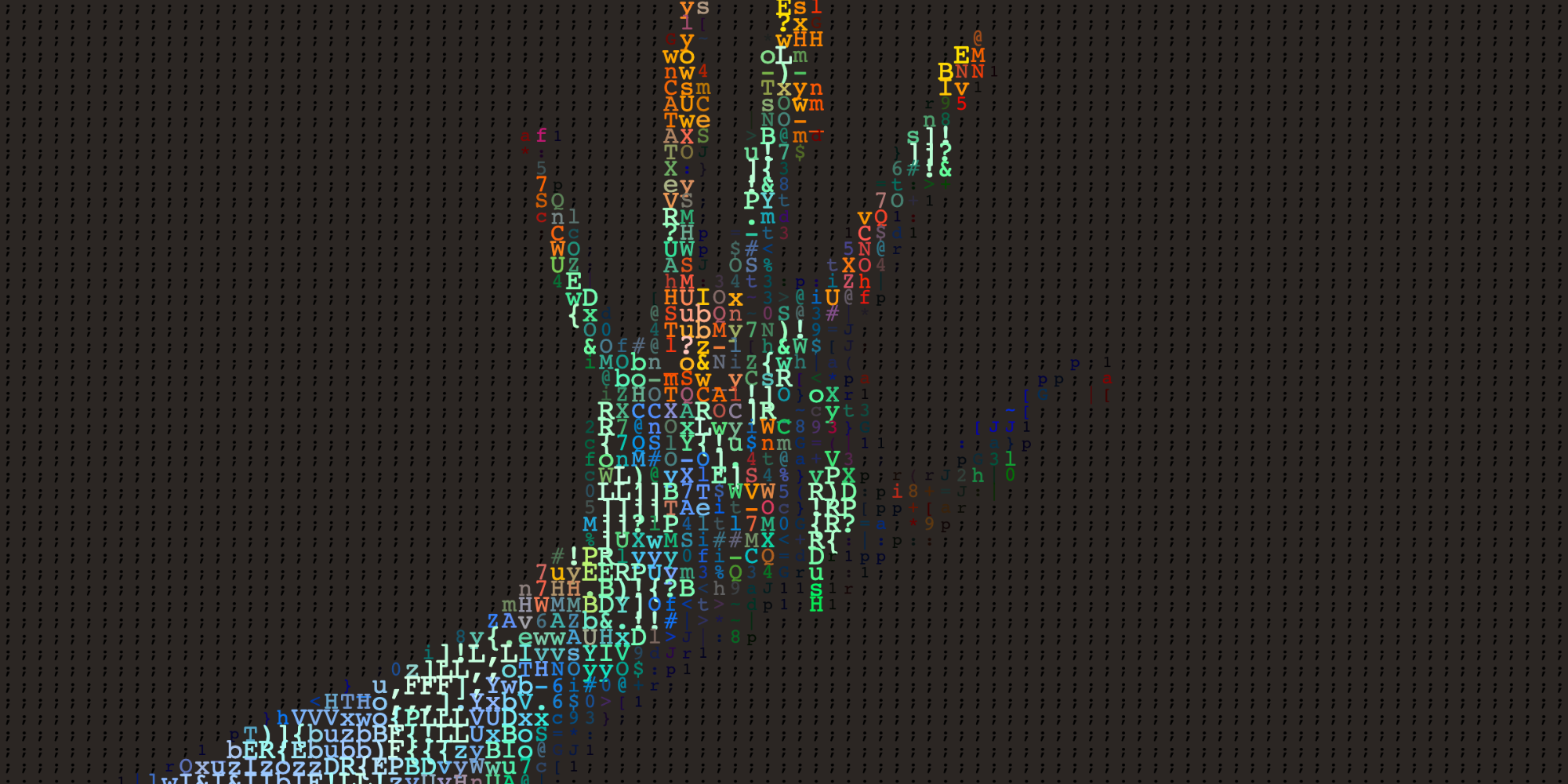 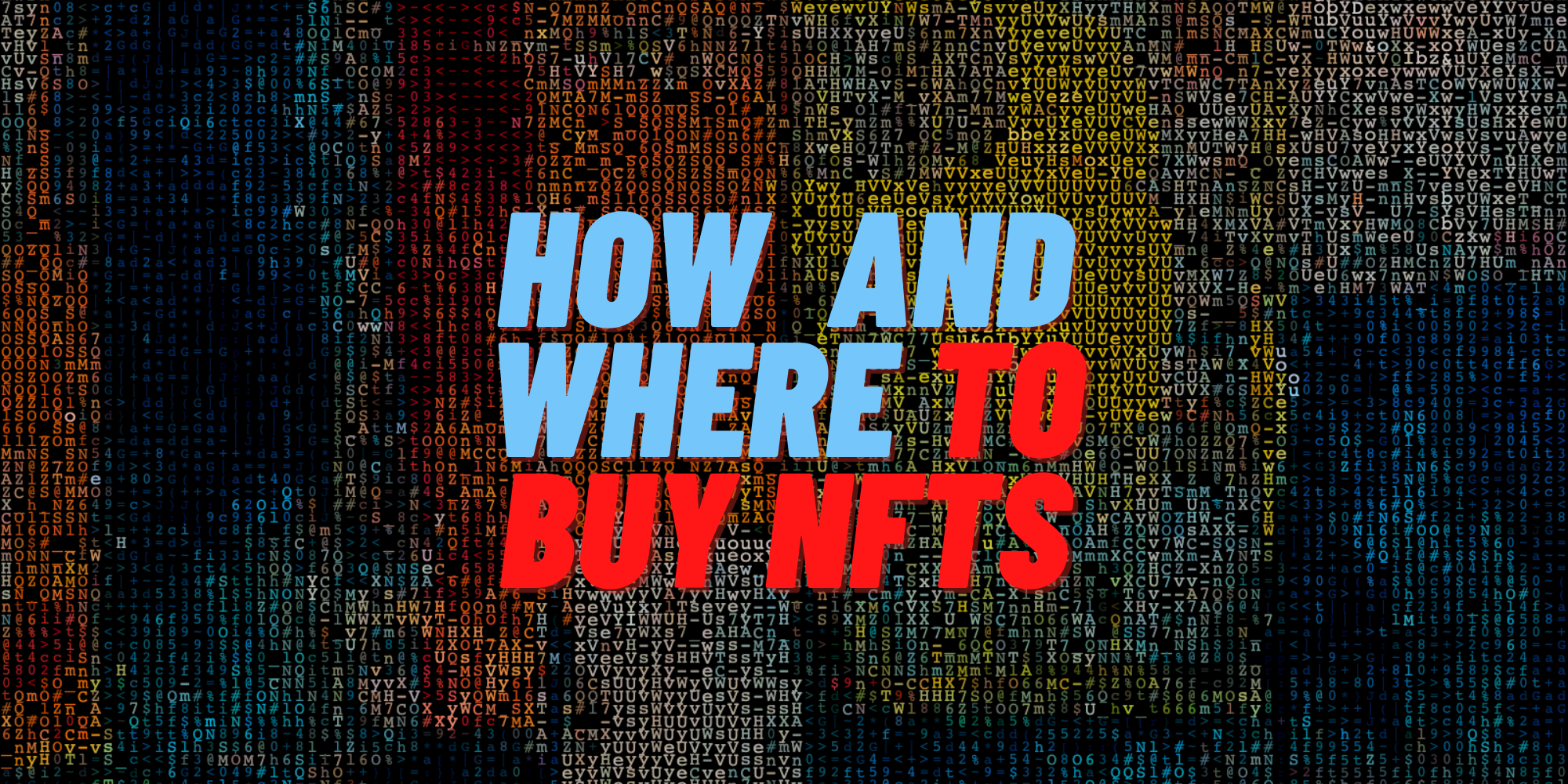 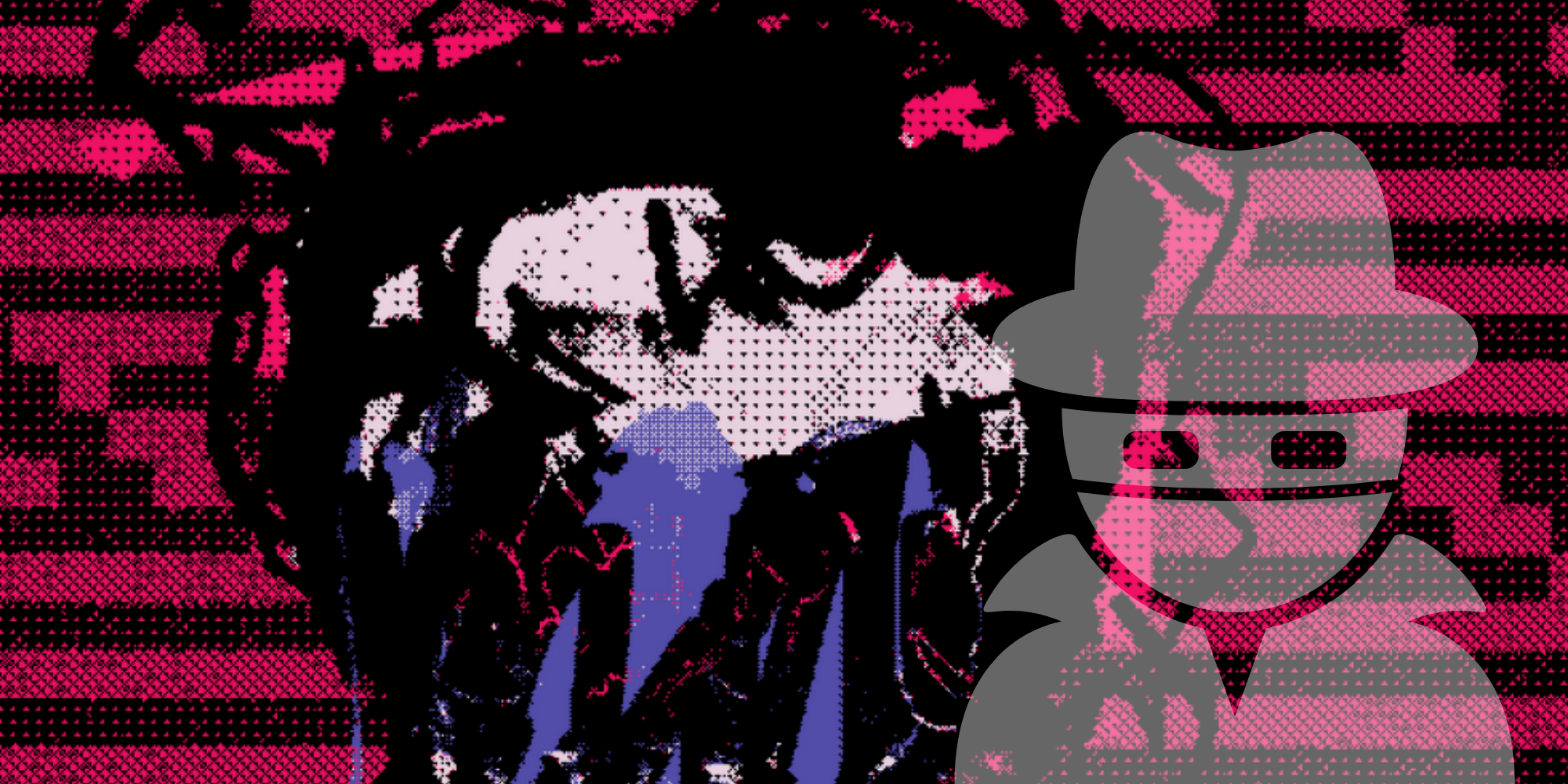 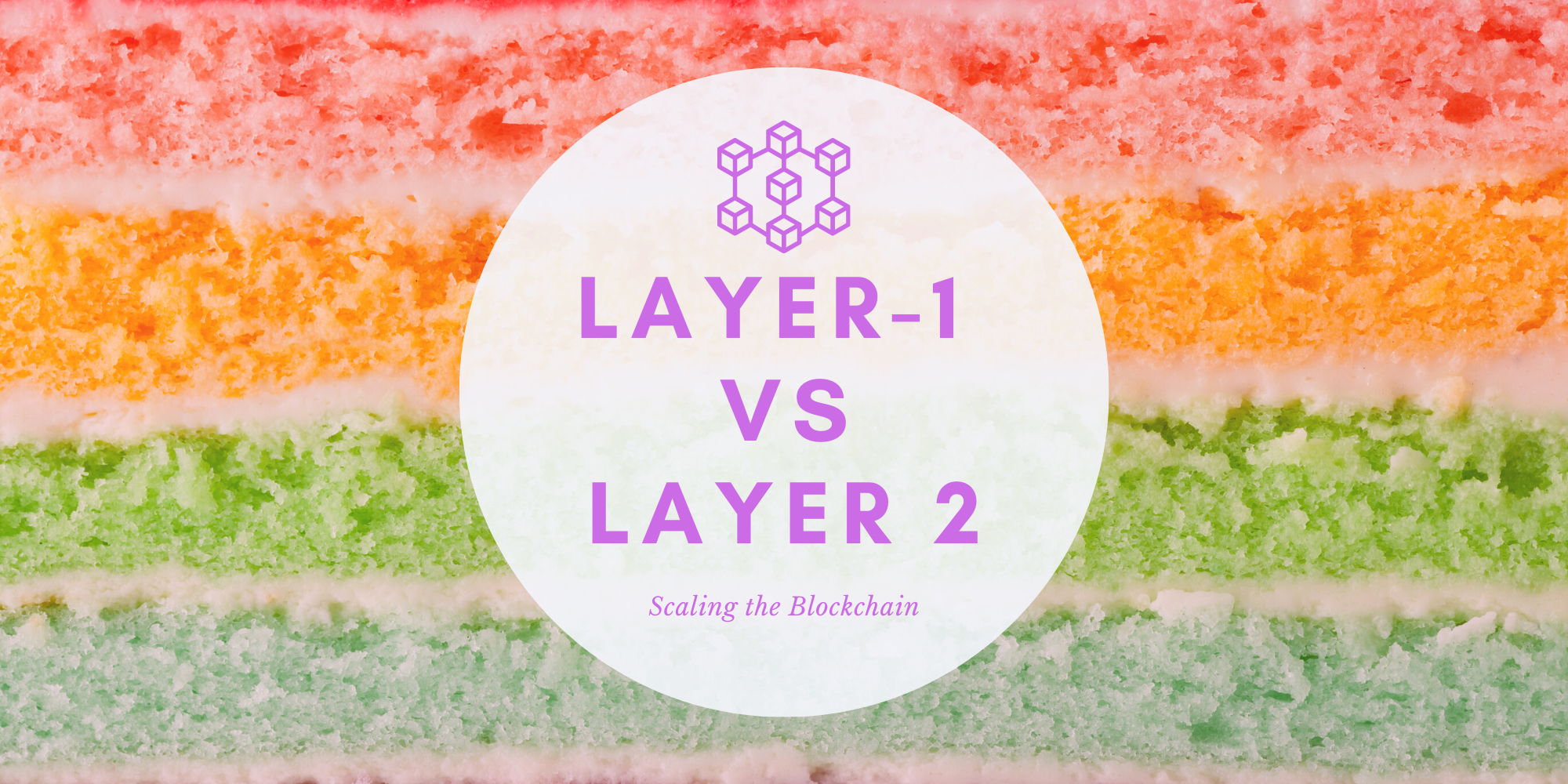 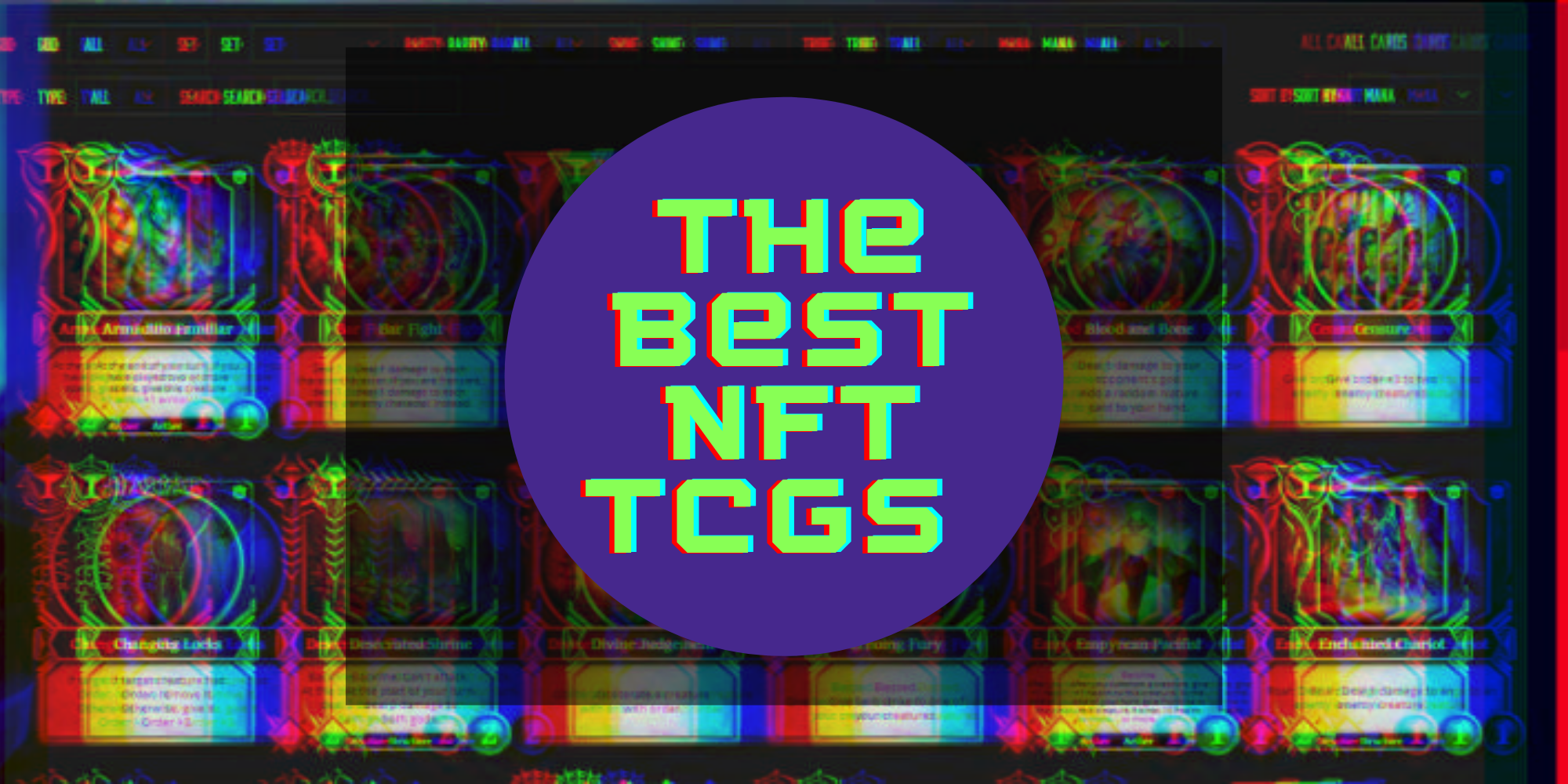